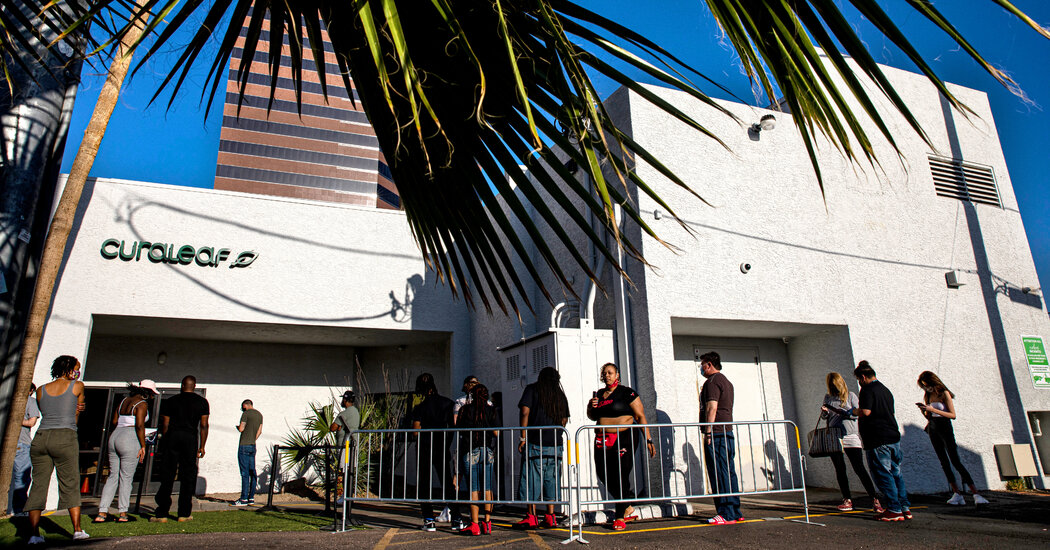 Since Arizona legalized medical cannabis in 2010, more than 300,000 residents of the state have been approved as medical patients. Businesses have kept up: Total annual sales grew to more than $1 billion last year, and more than 20,000 people work in the state’s cannabis industry, according to Leafly, a trade publication.

But for years, there’s been resistance to expanding the legal market. In fact, just a few years ago, Arizona voted against legalizing recreational marijuana.

In 2016, a group of conservative donors banded together to oppose Proposition 205, which would do just that. They included the owner of Discount Tire, a national tire and wheel company headquartered in Scottsdale; the opioid manufacturer Insys Therapeutics, whose founder was sentenced to five and a half years in prison in 2020; and Sheldon Adelson, the billionaire casino and hotel developer who died in January.

Those in support of legalization included the Marijuana Policy Project, an organization that works to reform laws around marijuana, and Dr. Bronner’s, a soap company. Though both sides had millions of dollars in donations behind them, legalization lost by less than three percent of the vote.

“For a while, we just licked our wounds,” said Steve White, the chief executive of Harvest Health & Recreation Inc. They also fortified their war chests. “In 2016, we just weren’t capable of raising enough money ourselves,” Mr. White said.

For the 2020 campaign, called “Smart and Safe Arizona,” his company donated $1.8 million, joining Curaleaf and Copperstate Farms, two other cannabis companies, as major investors. Along with other donors, they hired Strategies 360, a public affairs firm in Seattle that ran a successful 2016 campaign to unseat Joe Arpaio, the anti-immigration crusader who once sent a team to Hawaii to collect Barack Obama’s birth certificate, from his 24-year tenure as the Sheriff of Maricopa County.