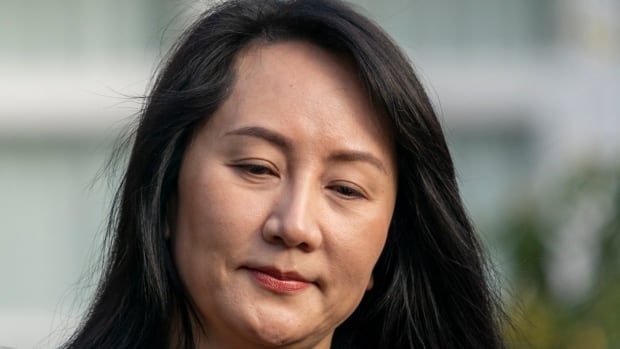 The lead counsel for Canada’s Attorney General conceded Friday that the judge overseeing Meng Wanzhou’s extradition proceedings may find a Canada Border Services Agency officer breached the Huawei executive’s rights by giving the RCMP the passcodes to her phones.

But Robert Frater told B.C. Supreme Court Associate Chief Justice Heather Holmes even if she does find a violation of Meng’s right to protection against unreasonable search and seizure under Section 8 of the Charter of Rights and Freedoms, it wouldn’t be enough to toss the case.

“Ordinarily, if you’ve got a Section 8 breach the remedy is exclusion of evidence,” Frater told Holmes.

“And you will search wide and far to find a case in which a Section 8 breach, by itself, led to a stay of proceedings.”

Frater wrapped up the Crown’s response Friday afternoon to a bid by Meng’s lawyers to toss the case over alleged violations of her rights during events surrounding her arrest at Vancouver’s airport on Dec. 1, 2018.

The United States wants her rendered to New York, where she is charged with fraud and conspiracy in relation to allegations she lied to an HSBC bank executive about Huawei’s control of a company accused of violating U.S. economic sanctions against Iran.

Prosecutors claim the bank relied on Meng’s alleged misrepresentations in deciding to continue handling financial transactions for Huawei, placing HSBC at risk of loss and prosecution.

The defence and the Crown have spent the past two weeks combing through the actions of RCMP and CBSA officers in relation to Meng’s arrest and the seizure of her cellphones, laptop and tablet.

Meng’s lawyers claim the U.S. Federal Bureau of Investigation conspired with Canadian authorities to mount a covert criminal investigation by having the CBSA examine Meng for three hours without a lawyer despite a warrant that called for her “immediate” arrest.

They have also accused the CBSA of unlawfully sharing information with the RCMP and claim police then sent technical information to the FBI outside of official channels.

‘No search at the end of the day’

During testimony last fall, the CBSA officer who asked Meng for the passcodes to her two phones admitted giving RCMP the piece of paper on which he wrote the numbers — claiming it was a mistake.

Frater told Holmes the defence has failed to prove the existence of a conspiracy, attempts to cover up wrongdoing or any meaningful delay in Meng’s arrest.

“That leaves … the question of search,” he told the judge.

“And one thing you have in this case is that there was an admitted erroneous passing of the passcodes to the RCMP.”

Frater said he believed that the sharing of the passcodes alone was not enough to establish a breach of Meng’s rights because the RCMP never used them to search or open the devices and they were not given to the FBI.

“While the RCMP had the two things at the same time — the passcodes and the phones — that would allow them to breach Ms. Meng’s privacy, they never did it,” he said.

“There was no search at the end of the day. Even though they had the means to do the search, they didn’t do it.”

The judge repeatedly questioned Crown lawyers during their submissions, suggesting that she was open to finding that the CBSA and the RCMP may have breached Meng’s rights, even if they didn’t do it at the behest of the FBI.

The defence has argued that the judge can find that one violation of the Charter may not be enough on its own to warrant bringing an end to the proceedings, but the cumulative effect of a series of violations would be.

Frater said he could find only one example of a case where a breach of the Section 8 right to protection against unreasonable search and seizure had resulted in a stay of proceedings.

The case involved an Ontario woman who was arrested for fraud, strip-searched and humiliated in front of her colleagues.

“It wasn’t a case of simply excluding evidence. It was a case where a stay had to be imposed,” Frater said.

“Other than that sort of extreme case … you will be hard pressed to find a Section 8 case that leads to a stay.”

The defence will give a final reply to the Crown’s arguments on Monday morning and then begin a new line of arguments related to what they claim is jurisdictional overreach by the U.S. in bringing charges against a Chinese citizen for an alleged offence against a British bank.

The proceedings are expected to pause at the end of next week before returning for one final three-week block starting at the end of April, when the subject of the extradition request itself will be argued.

Many Canadians hold quiet about psychological well being at work, anxious it’ll damage their profession: report